Why Is Early Literacy Essential?

An Issue that Needs Immediate Attention

Over a career that has spanned 40-plus years, I have worn a variety of hats in the education arena. First as a rural educator, then inner-city urban educator (where most of my teaching years were spent), higher education leader, director of teacher preparation programs, and charter school leadership, among others before landing at my current position in research and evaluation. I worked with students in high poverty areas whose lack of preparedness for post-secondary education led me to research dropout-prevention when writing my doctoral dissertation. Once students left the public school system, graduates or not, they were often destined to perpetuate the cycle of poverty that was in the best interest of no one. Students became disenfranchised, lacking the basic skills to access and be successful in a college setting and more importantly never able to realize their individual potential in any or all aspects of their lives. The result: we as a society lose the potential for them to be active participants in the social and economic growth of our communities and beyond. The absence of a competitive edge most often results in a growing, unmanageable, undereducated workforce. We are only as strong as the individuals who comprise the whole.

I remember one of my first mentors in the Rochester City School District, a woman I greatly admired, who became principal of an under-performing school (not unlike most of the schools in the district). She became the district’s scapegoat for her middle school students’ abysmal scores on New York State’s eighth-grade math assessment. She appropriately pointed out, the eighth-grade math scores were the result of the fourth-grade reading scores. “Students not reading well in third grade are four times more likely to drop out” (Students First, Statistics about Education in America).

In my first year teaching at a local high school, I observed students who had made it to graduation only to walk across that stage at their graduation ceremony and receive a high school diploma even though they could not read. Roughly two-thirds of US prisons are occupied by high school dropouts, according to the US Bureau of Justice Statistics, and graduation rates in our most economically deprived cities still lag far behind their more affluent counterparts (the district where I was previously employed was at 38 percent). What astonished me was not only the cost to the individual, the community, and society as a whole, but that a solution was as crystal clear then as it is today. 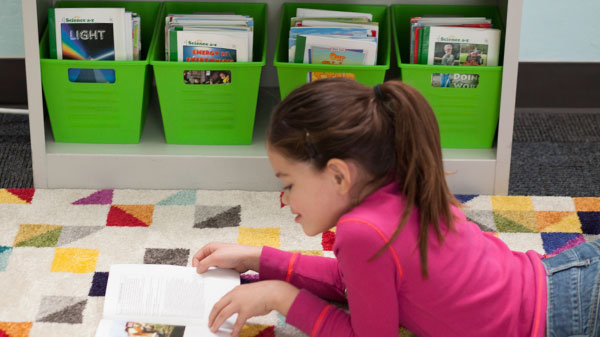 As the organization ProLiteracy states, “Every important social issue is impacted by low literacy.” According to the National Bureau of Economic Research, children whose parents have low literacy levels have a 72 percent chance of following in their footsteps, often leading to an increased risk of lower academic performance, behavioral and attendance issues, and a higher likelihood of dropping out. In their biennial report from 2012-13, the Harlem Children’s Zone notes, “Today’s high-school sophomore with a behavior problem may have been yesterday’s second grader with a reading problem.” It seems obvious that the lack of literacy competence as these children enter adulthood can have devastating consequences.

The Nations Report Card tells us that two thirds of students do not read at grade level, and the economist James Heckman from the University of Chicago warns us, “If you haven’t achieved basic reading fluency by eight or nine or ten, it’s very hard to learn after that.” In 1991, Ernest Boyer of the Carnegie Foundation for the Advancement of Teaching reported that if a child is a poor reader at the end of first grade, s/he has a 90 percent probability of remaining a poor reader at the end of fourth grade. That, in turn, is an early predictor of a lower high school and college graduation rate, and lifetime earnings (McKinsey & Company, April 2009).

The cycle of despair becomes more and more difficult to overcome. Have I convinced you yet that literacy is a social justice issue that needs our immediate attention? I hope we can agree that learning to read and subsequently reading to learn are crucial to an individual’s ability to become a productive member of a democratic society. How then do we move the needle in a positive direction considering the fact that the literacy rate in this nation has not improved in the last ten years (National Center for Education Statistics)? 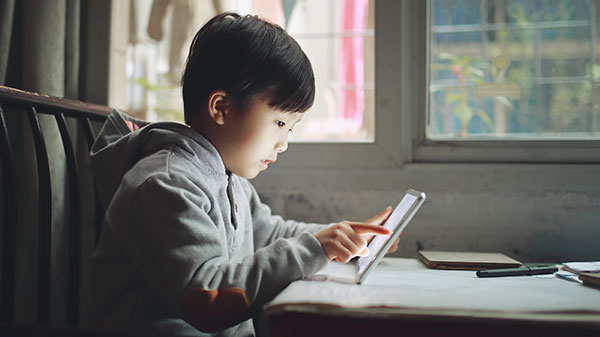 Read at Home to Succeed

Study after study over the past couple of decades indicate that access to books in the home is critical to reading acquisition. If we are to address the basic needs of children even prior to entering formal schooling and level the playing field for them not starting behind from the get-go, we need to put books (or digital devices) in the hands of children and their parents and/or caregivers. Schools that facilitate the teacher’s ability to teach children literacy skills in a multitude of ways further empower students to seek access to a variety of books with their newly found or enhanced capabilities. This will ideally carry over to the home environment, thus contributing to greater parent engagement. Many families struggle financially or have limited mobility to get to a library or other similar venue, but may benefit from a personal online home library or by taking advantage of community resources that bring the books to them through such things as portable lending libraries. Having the materials at hand and promoting reading and understanding will set the stage for building on those basic skills throughout their children’s schooling and, one would hope, instill an intrinsic desire to learn more.

Everyone is Entitled to Literacy

In my current role, I initiate research partnerships with school districts, charter schools, universities and community organizations across the nation and world. I am constantly amazed at the ways students and educators utilize digital resources and the pervasive, unwavering belief of our stakeholders that all children are entitled to have the tools that will enable them to succeed in the classroom and beyond. By expanding literacy opportunities to everyone, we could go a long way towards closing that so-called achievement gap and put our children on an upward trajectory towards reaching their full potential. Anything less is not acceptable.

Try any of our literacy-focused products free for two weeks!