Why is it that despite decades of calls for change, some things never seem to change significantly? Years of appeal for tax reform, a balanced budget, or gun control, for example, have led to little substantial change in the status quo for each of these problematic issues. And despite decades of calling for reform in science education in K–12 classrooms, science is essentially being taught the same way today as it was 50 years ago.

I can speak first-hand to the stagnation of science education in K–8 classrooms. I have more than 50 years of professional experience in education-related fields, first as a science teacher and then in educational publishing. During this time, despite constant calls for reform, I have observed only minor changes in science instruction. The results I have witnessed show very little game-changing impact.

Efforts to improve science education in the U.S. seem to come and go. In the 1960s and early 1970s, as a result of government funding, many innovative “alphabet” science programs hit the market: AAAS, PSSC, ISCS, BSCS, IPS, and ESCP, to name a few. All were designed to move science teaching away from the traditional textbook, informational-based science education paradigm. The aim was to achieve a more hands-on approach to science, one where students learned by doing rather than by being told, in what I often referred to as a “minds-on and hands-on” approach to science.

In the 1980s, the world saw some rather significant advances in technology: in communication, with the first cell phone; in medicine, with the first artificial heart; in genetics, with the genome project; in space science, with the launch of the first space shuttle; and of course, the development of personal computers.

These tech advancements fueled a push in the 1990s for more rigorous science and math standards, with the hope of developing and preparing K–12 students for science and math-related careers. If the United States were to remain a leader in the increasingly global economy and interconnected world, it was more important than ever to develop high performing K–12 math and science students to meet the needs of our future work force.

During this time and throughout the following decade, the acronym STEM (Science, Technology, Engineering, and Math) became popularized. (This acronym was later expanded to STEAM, in order to draw attention to the lack of arts teaching in schools.) In 2009, President Obama introduced an initiative to improve U.S. performance in science and math and to prepare 100,000 new STEM teachers.

As a result, attention was drawn to U.S. students’ poor performance in internationally administered tests such as PISA (Program for International Student Assessment). In the 2012 PISA assessment, 15-year-old U.S. students scored below 22 countries in science and below 29 countries in math. In 2015, U.S. students were ranked below 24 other countries in science and below 38 countries in math. These alarming results only increased the demand for improved math and science education. With PISA administered every three years, we will see the next results for the 2018 assessment in December, 2019. If the U.S. has not significantly closed the gap, we must continue questioning what it will take to drive real change.

So, what makes it so hard to achieve better results in student performance and change the way we teach science in K–12 classrooms? I believe it is a combination of many factors. Here are a few: 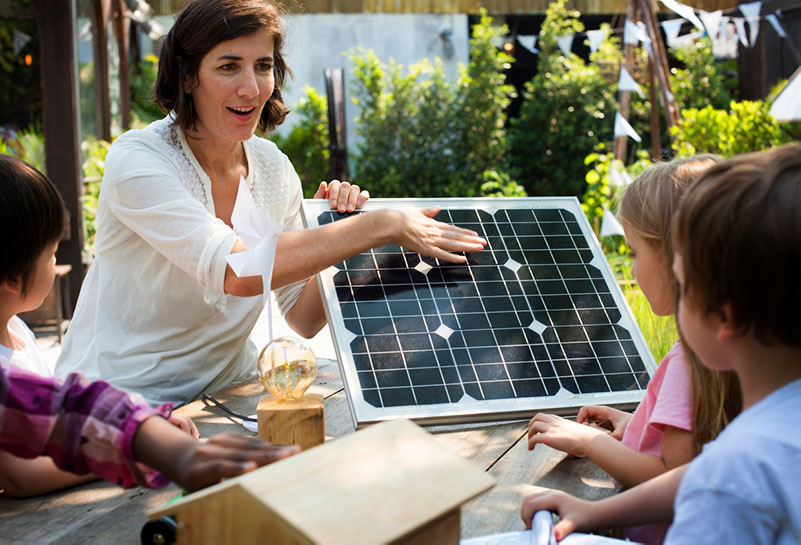 Some of these factors have also led to the arts being relegated to an increasingly lower status in elementary through high school classrooms.

Arguably, there are two key domains of learning: the knowledge domain and the skill domain. The knowledge domain includes important topics that give us an understanding of the world around us and how things work. The skill domain uses skills to advance understanding and to analyze, evaluate, think critically and creatively, and communicate effectively. When teaching science (or any discipline), we need a balance of these two domains: using knowledge and understanding to discover new things, working collaboratively, and communicating our findings to others.

Today, as we have over the past several decades, we continue to hear that science education and education in general have to change. We need to develop children into critical and creative thinkers, problem solvers, collaborators, and better communicators. In addition to fulfilling academic needs, schools are also being called upon to address the social and emotional needs of the children they serve. Twenty-first century workers require different skills than those of past centuries, and schools need to respond. It is a tall order. We have learned that change does not come easily. If we are to bring about impactful change, today’s technology will probably have a big role to play.

At Learning A-Z, we have worked to create a Science A-Z product that recognizes the different domains of science learning. Science A-Z provides one-stop resources to help teachers meet the instructional needs of their students in both the knowledge domain and the process-skill domain of science. These resources help develop knowledge by building science literacy through a vast collection of books, articles, and videos, while at the same time giving students the opportunity to apply their knowledge with hands-on activities, debates, project-based learning units, science simulations, and much more. We’ve also aligned these products with Next Generation Science Standards and the goals of STEM/STEAM. When I was teaching science 50 years ago, having such resources readily accessible from a single source was unthinkable for teachers.